An exploration of the Park’s past, present and imagined future through the eyes and ears of children, chronicling the succession of rusty roundabouts, sledges and hoverboards around a pool that never again turns to ice.

This soundscape incorporates nostalgic recollections gathered through interviews with local people, weather sounds and poetry inspired by the Park and recreated by the children of Park Hill Primary School. 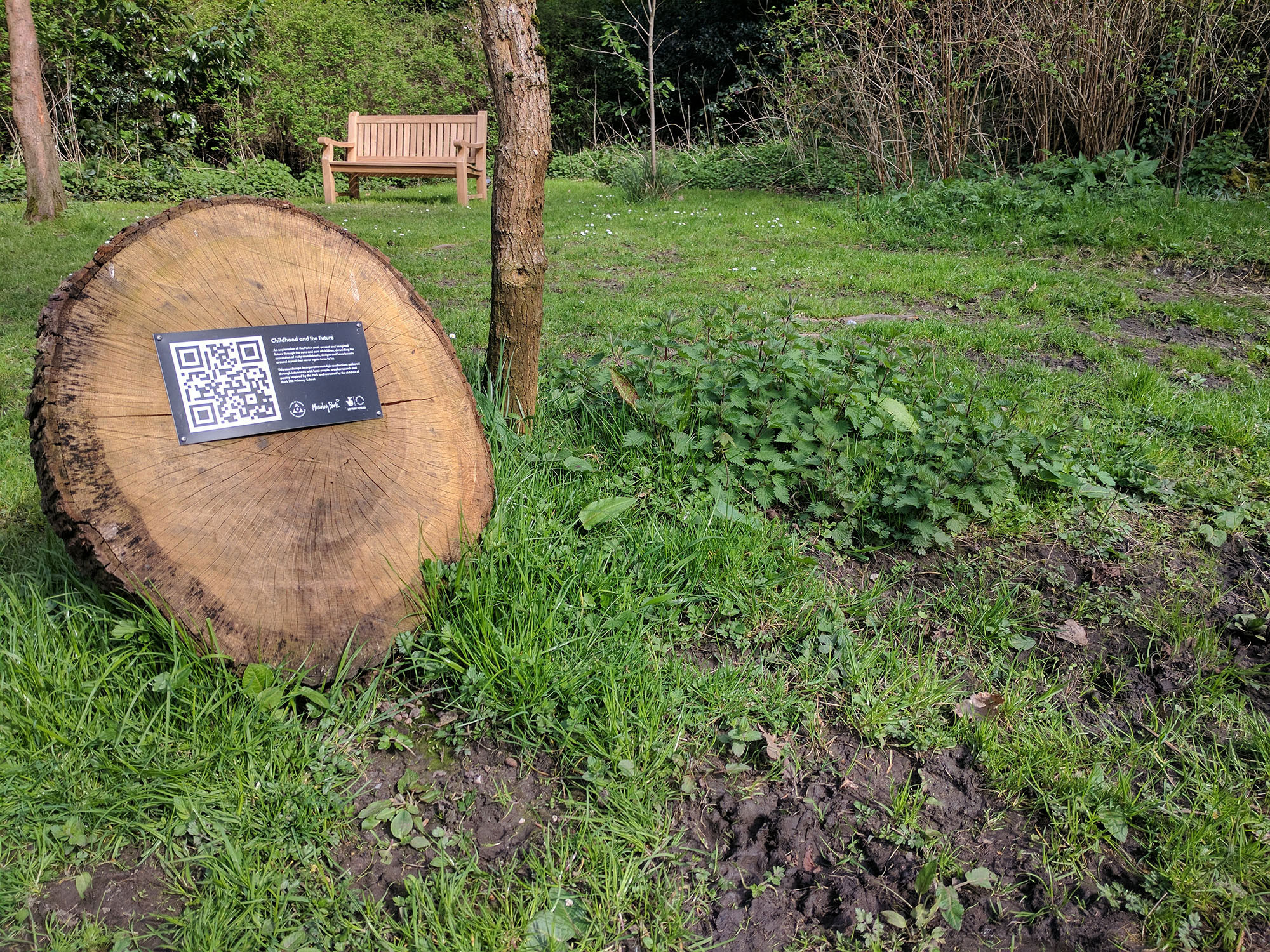 We swung on large unsafe planks and Bathed in silence,
no football  for the frozen boys
Who slid from the meadow onto a thin ice  through rhododendron bushes as Fathers laid on the bellies trying to retrieve a renegade  sledge.

Melted Ice hoarding  the old runners from the sledges in the belly of  the lake,
Springs Intense cacophony of 30 Canadian geese silenced by the Swans all but 6 brave geese stayed , the brave geese attacked the children

The nocturnal children with nets for tiny fish hiding from  owls and foxes,
Will never be forgotten.

Children in rags throwing rocks at bumblebees
No security , No Cars , Playing Hopscotch in polite fog

Spoilt children stealing 200 flowers on simulated grass and fake breeze
Hoverboards stuck in trees , there will be no gates but Special keys
The lake will be so warm it no longer will freeze
Tons of animals will be in danger and technology will kill bees

There will be no work, there will be no school
The flying cars will be trapped in the drained waterless pool
The children will be like Well behaved droids with flying shoes
Running from Robot robbers with artificial integlligence tattoos